The survival of the Beth Israel community is largely due to the contributions of many special people. In “People Then and Now” we pay tribute to some those past and present who have enriched the Jewish life in Peterborough. Below are a few of the individuals who have contributed to the shul in the past.  To learn more about local Jewish Heritage and how you could contribute to that knowledge.

What about today? And as usual, there are members who contribute anonymously and thanklessly to the shul and the wider Peterborugh community.  Of course, we do need more individuals to help in such areas as the:  Abraham Festival, Unitarian Liaison Committee and the Kitchen Committee.  If interested please contact: Larry Gillman (Larry.Gillman@freedom55financial.com (741-3393))

Rabbi Babb came to Peterborough in 1952. He served the Jewish community here until at least 1973. He had served in the RCAF as a Chaplain in Halifax from 1940 – 1945. Prior to coming to Peterborough, he also served the Saint John, New Brunswick community.

Rabbi Abraham Fine was the rabbi of the Beth Israel Synagogue from 1926 to 1938.  He was not an ordained rabbi, but he was a very knowledgeable person and acted as spiritual leader until the ordained Rabbi Babb was hired in 1938.  Rabbi Fine continued to live in Peterborough for many years before ultimately moving to Toronto. In Toronto, Philip Letourneau was a student in the early 1980’s and he rented a basement suite at the home of Rabbi Fine.  They became good friends and Rabbi Fine asked Philip to type up his notes of life and events in the Peterborough Jewish Community written during the years that he was the rabbi and afterward.

Here is a link to the translated memoirs of Rabbi Abraham by Philip Letourneau:  https://drive.google.com/file/d/11eyZ4w6xwu_MLmmpT_jGmEMr2qTN9UKg/view?usp=sharing

The document includes accounts of events like the Bar Mitzvah of Isadore Black, community shopping for Pesach (so we weren’t doing something new, just renewing an old tradition), weddings, and recollections about the growing concern of the Peterborough community for European Jewry as World War 2 loomed.  It is a very interesting picture of Jewish life in small-town Ontario in the interwar years.

Frank Gishman served in the RCAF. He is a Past President of the Synagogue. The Gishmans have two daughters, Anita and Dana. Ruth is a frequent contributor to Hadassah events. Ruth’s sister Sophie Rogers retired to the Peterborough community.

Prior to living in Peterborough, Brian and Nancy lived in the North West Territories and Canso, Nova Scotia. Brian is in financial planning and Nancy is a teacher. They have two children: Sarah and Desi.

Evelyn and George arrived in Millbrook from Maynooth. Evelyn was born in New York and George, in France, a long way from Millbrook. Evelyn is a food writer for Today’s Parent magazine. She is also the author of three cookbooks from her Clueless series. However she herself is absolutely not clueless in the kitchen.  George is an artist.  They have two sons: Dustin and Jared.

Coming to Peterborough from many years in New York, Sophie was an important part of the musical life of Peterborough through her contribution to the Peterborough symphony and our own Hebrew school. Many Beth Israel children took music lessons because Sophie insisted.

Brief Glimpse of Our Gallery 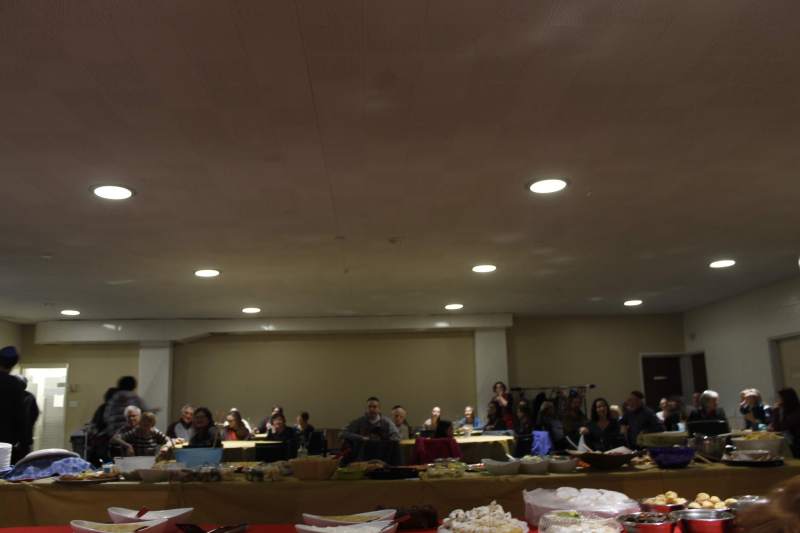 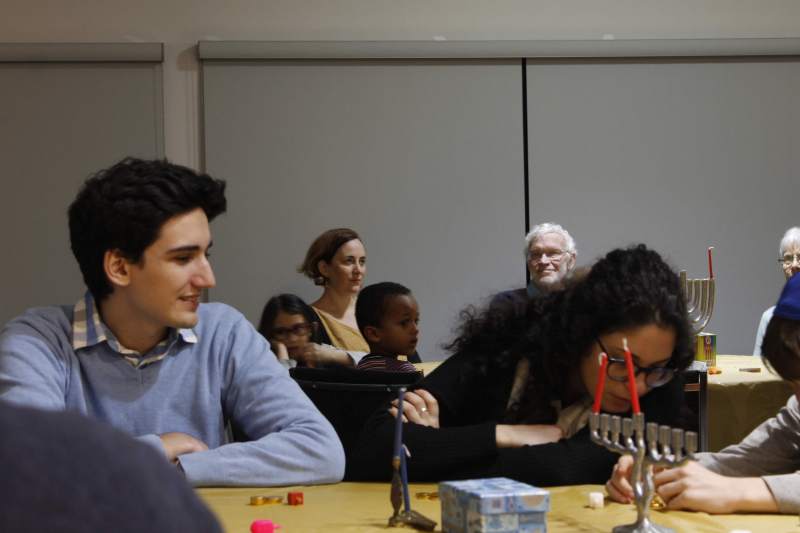 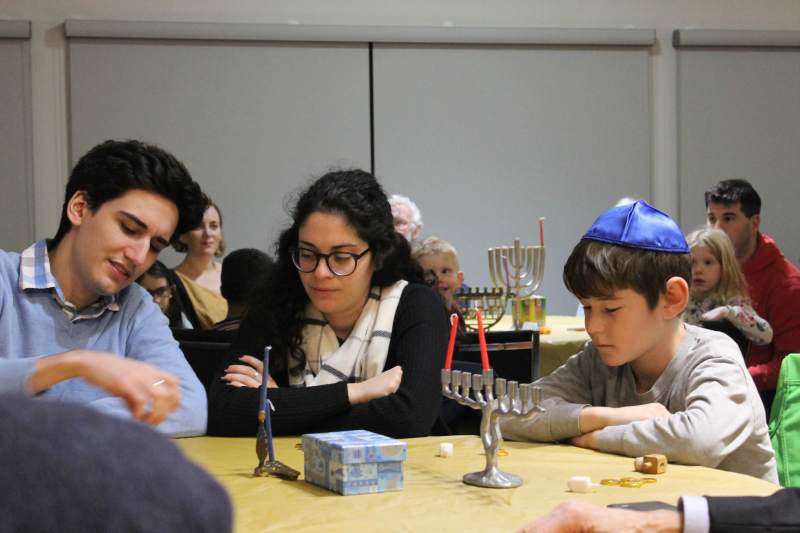 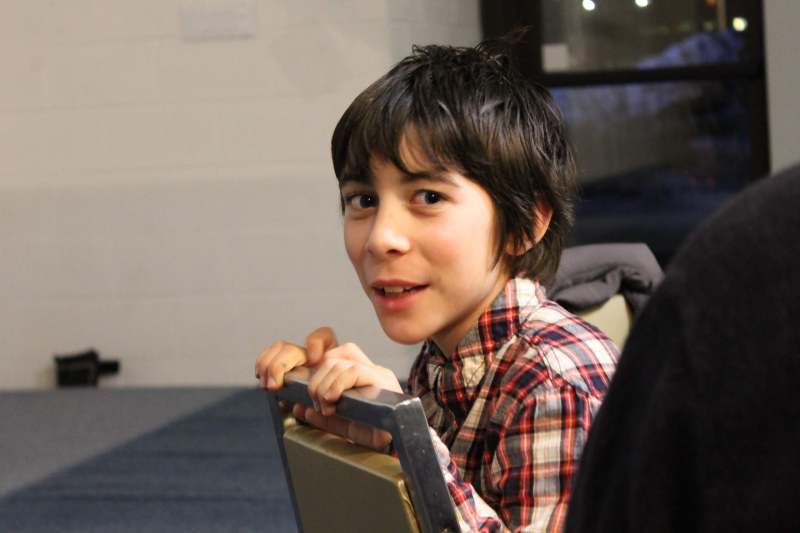 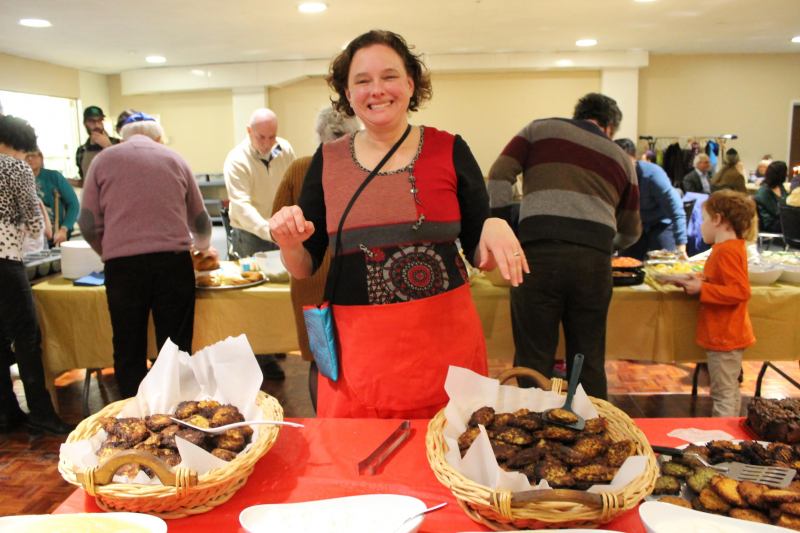 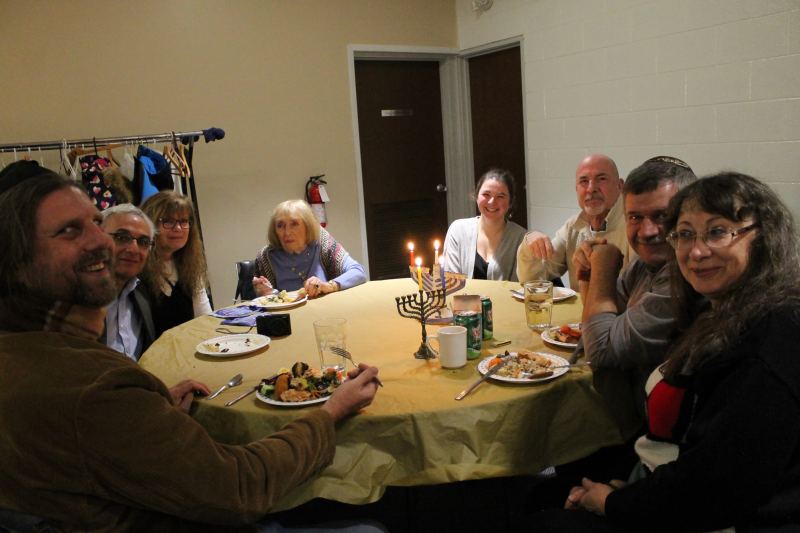 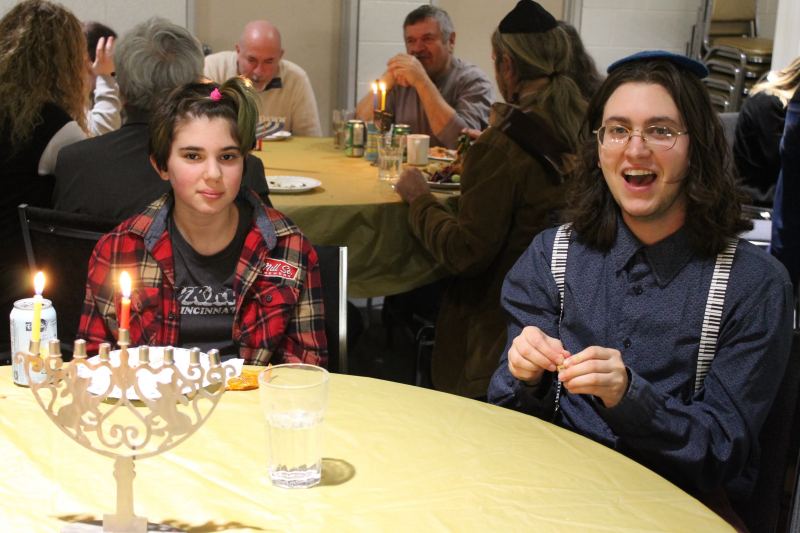 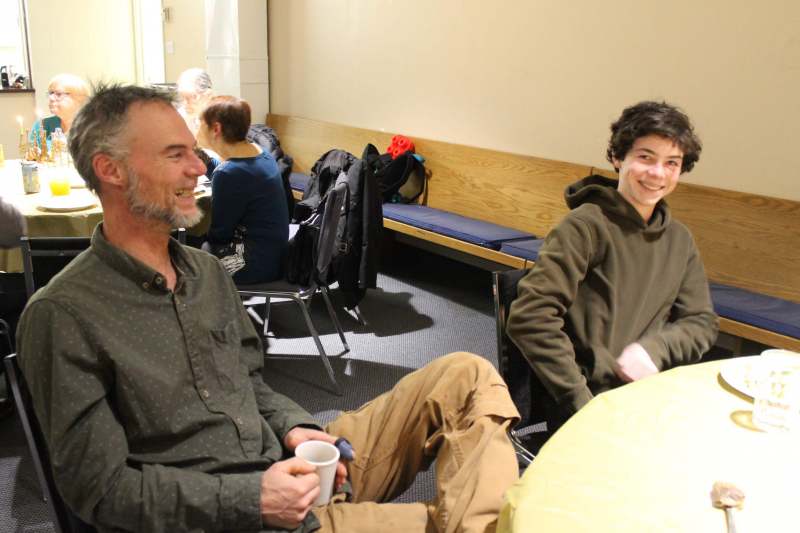 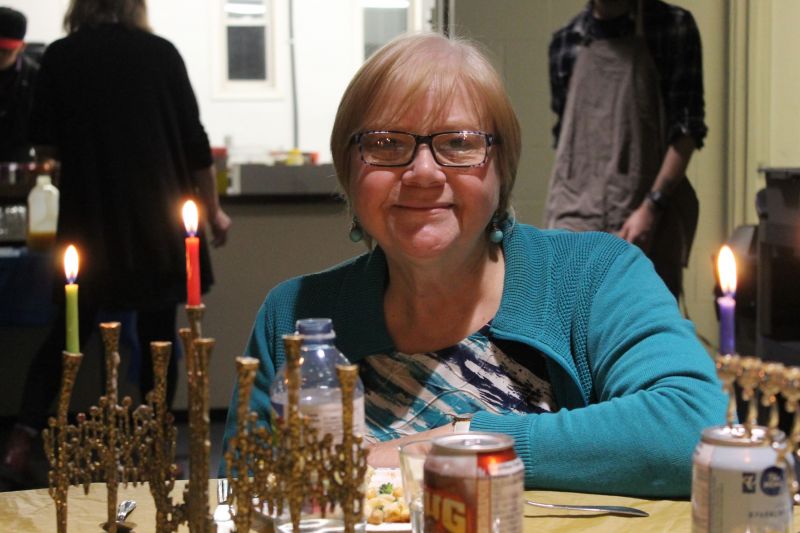 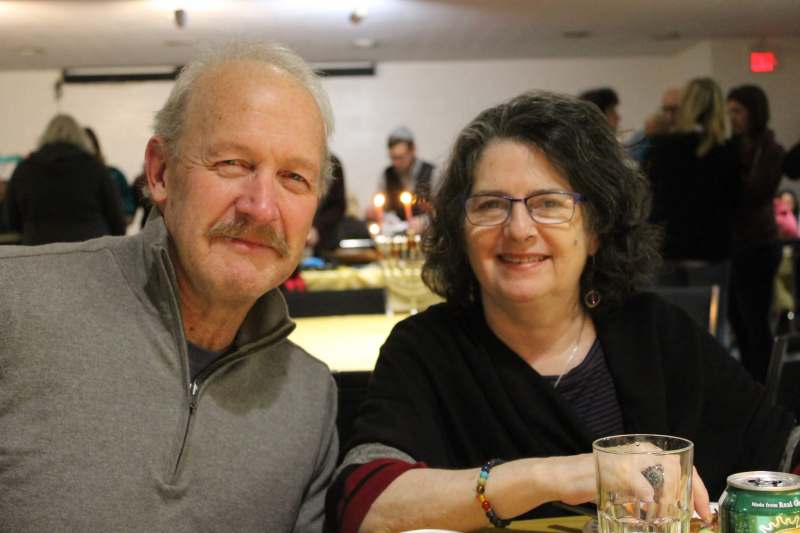 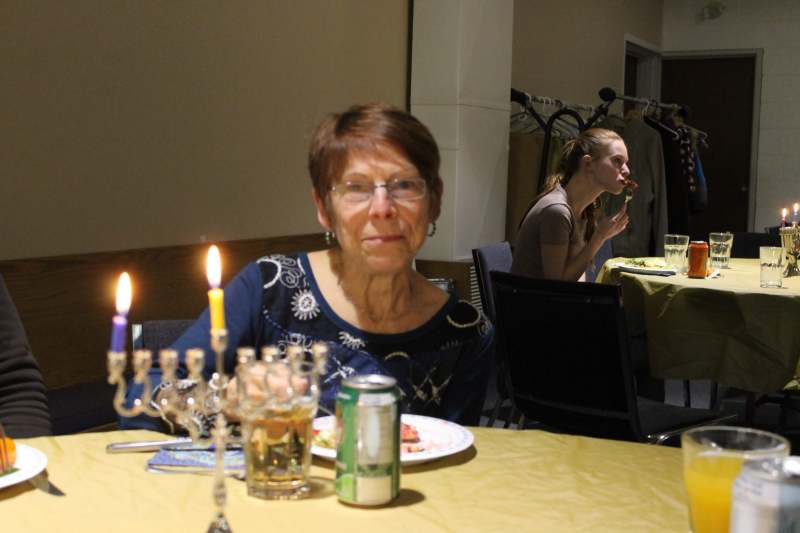 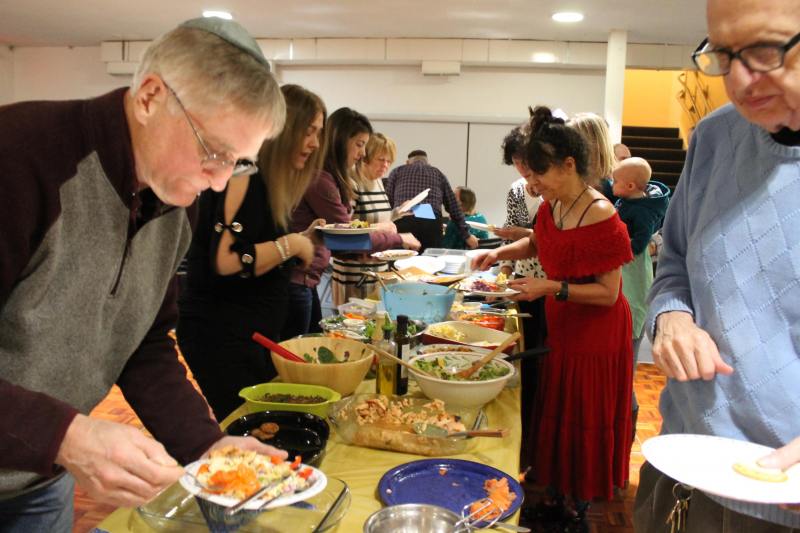 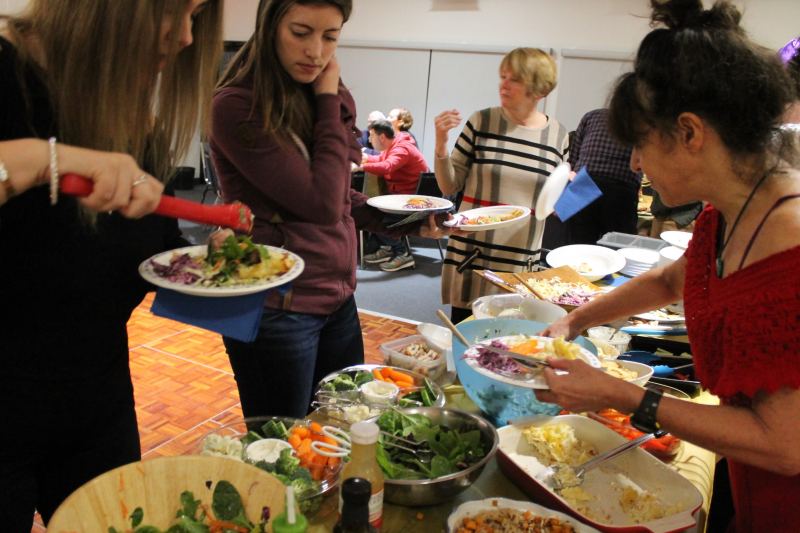 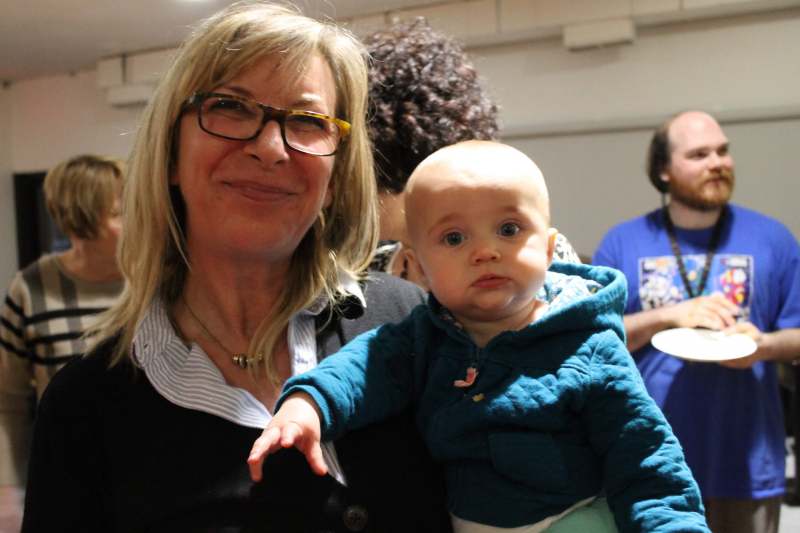 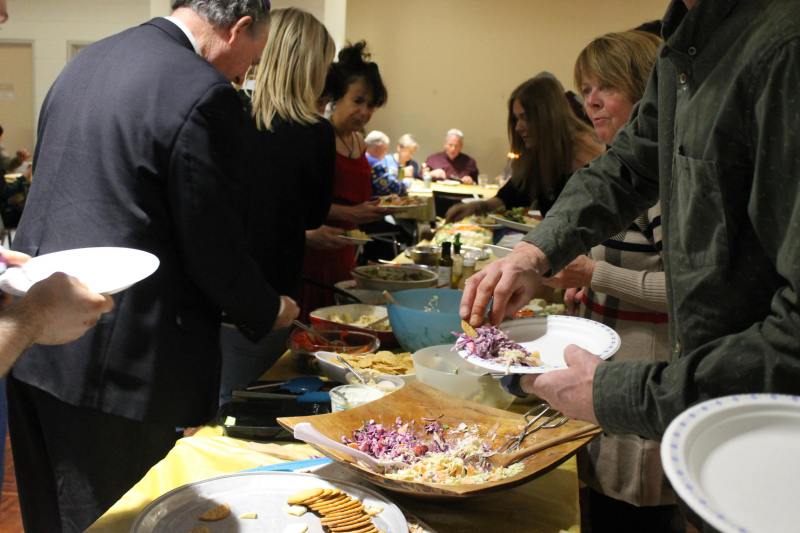 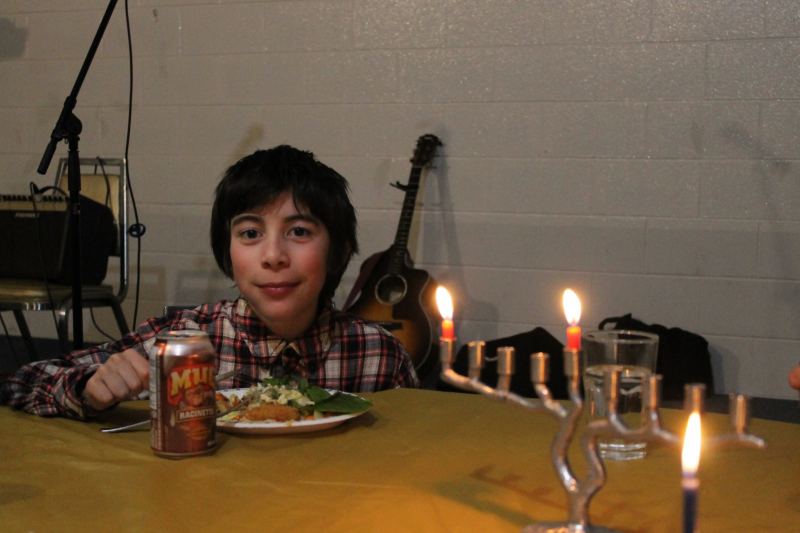 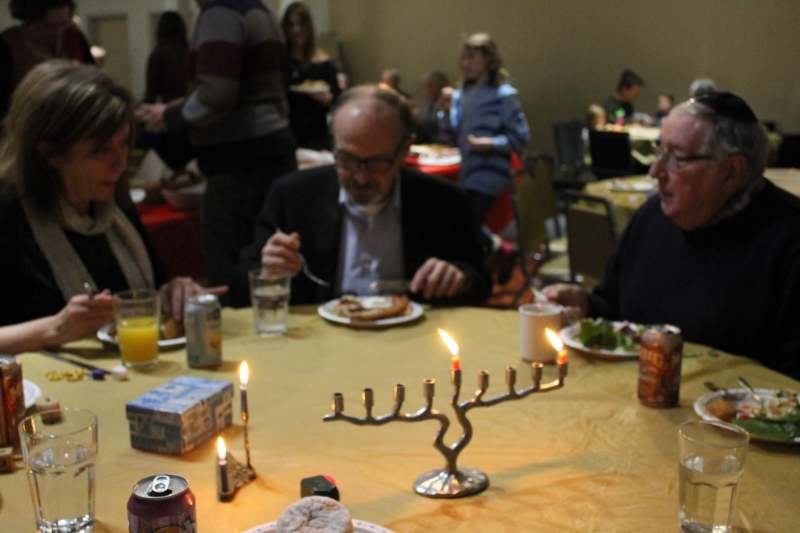 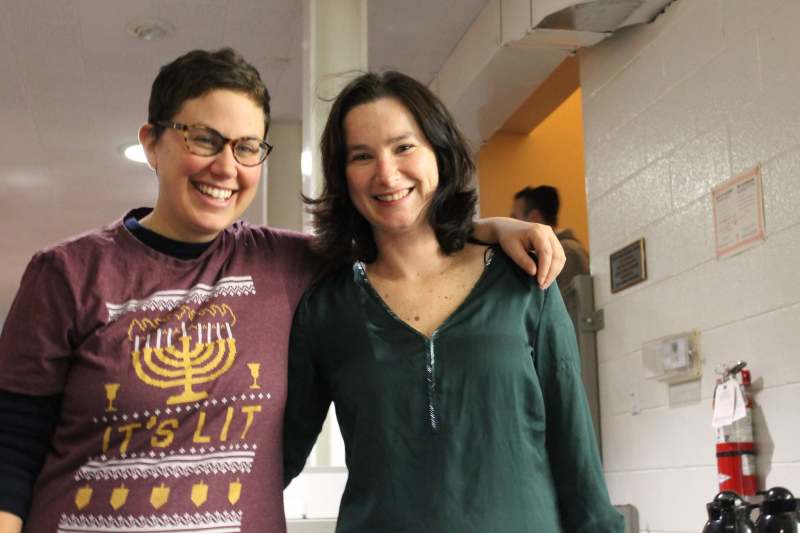 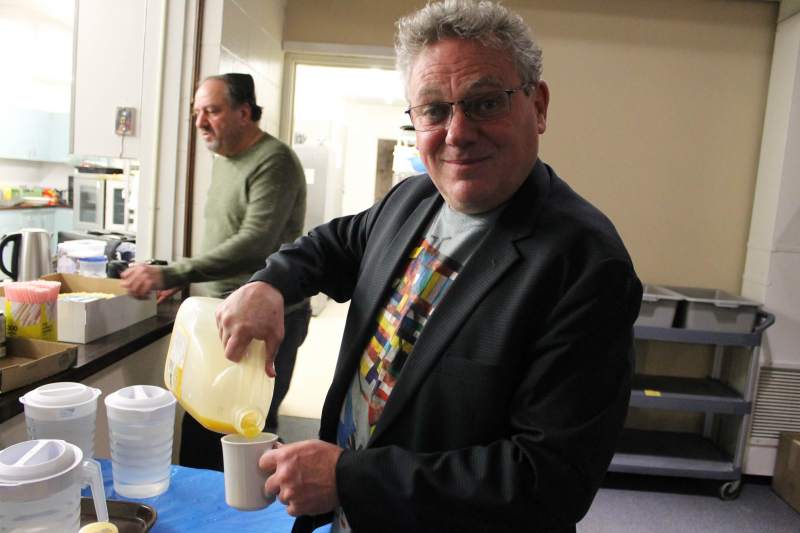 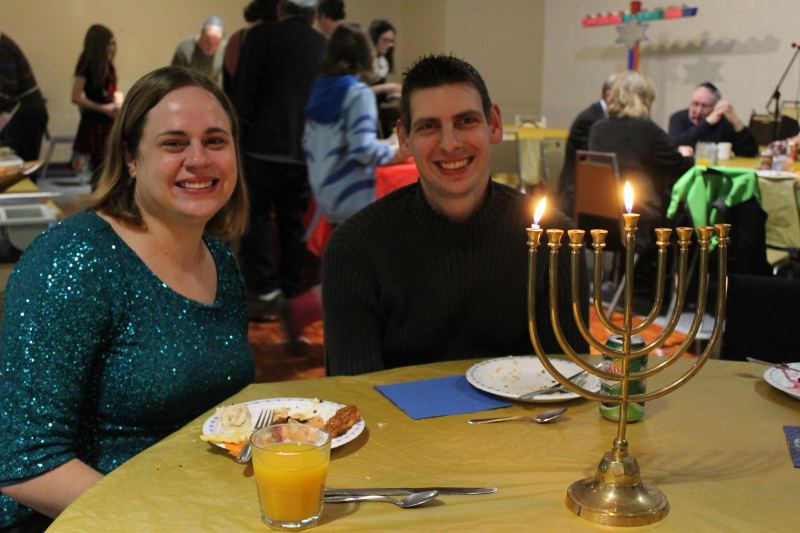 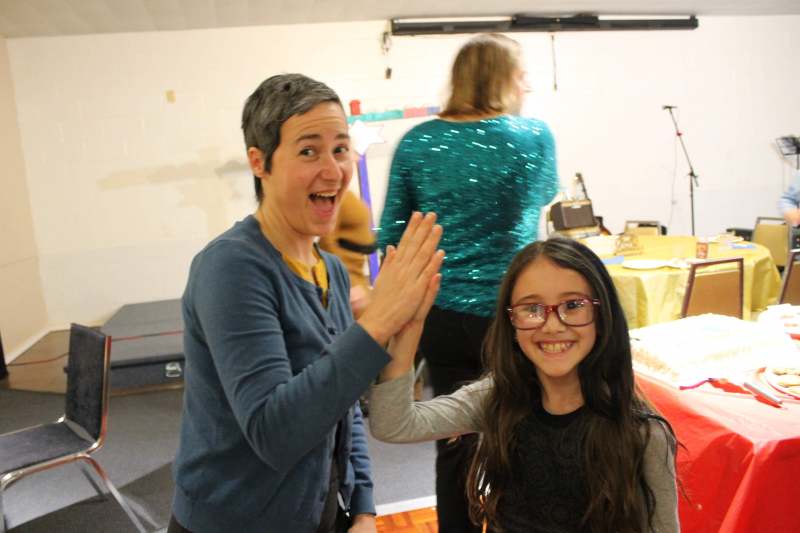 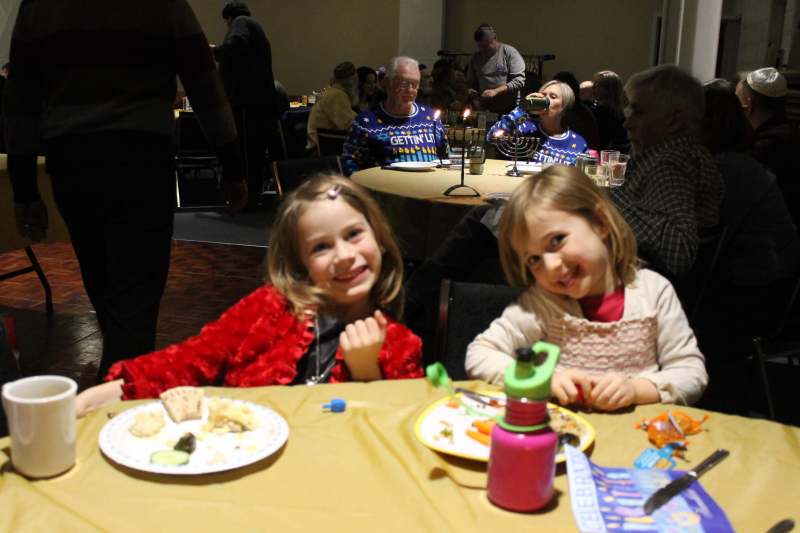 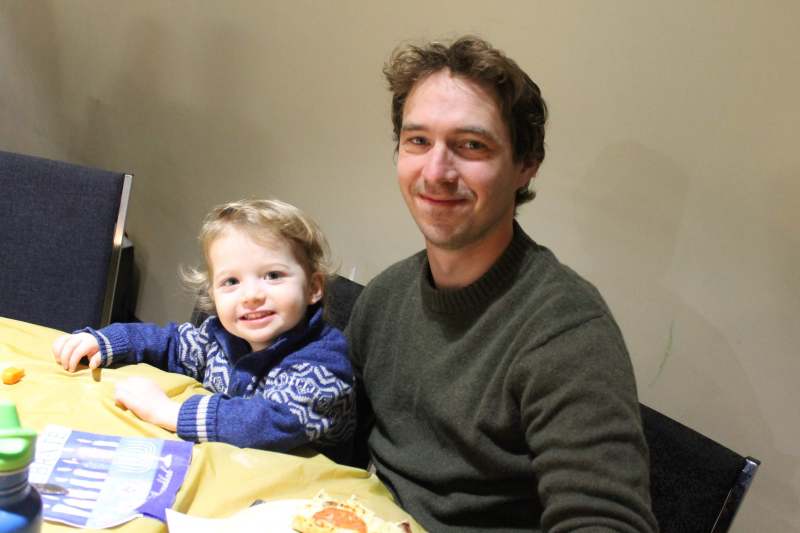 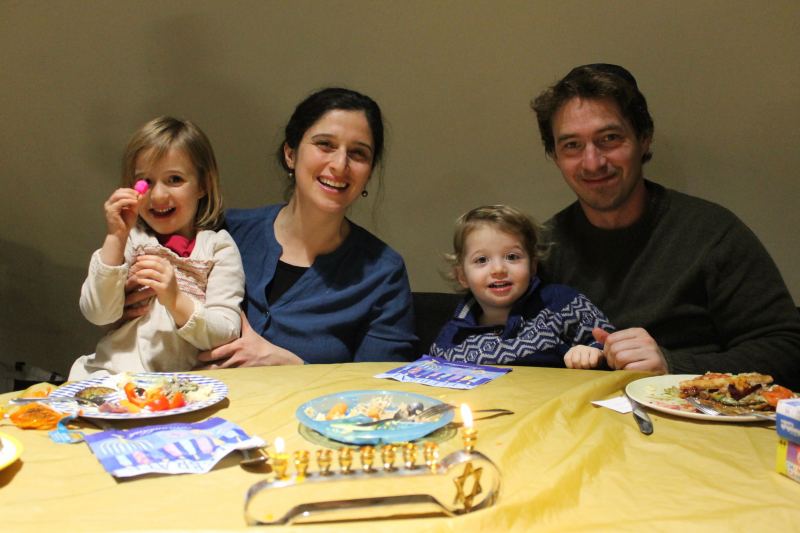 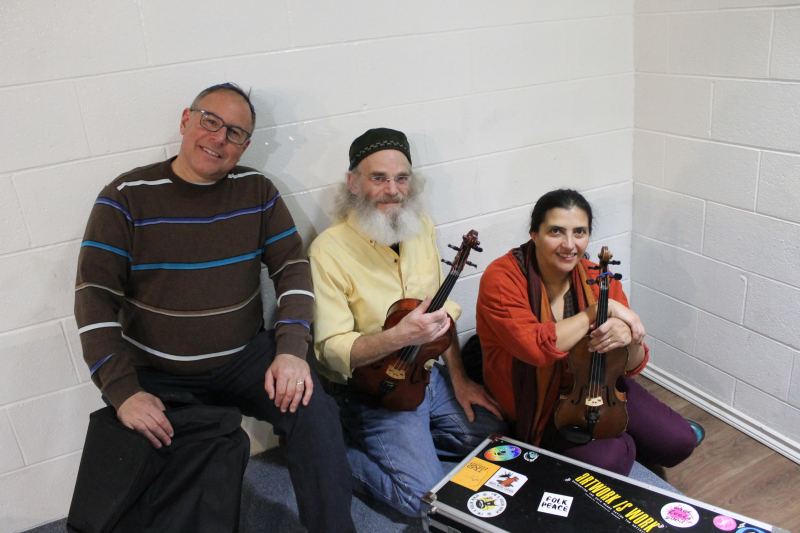 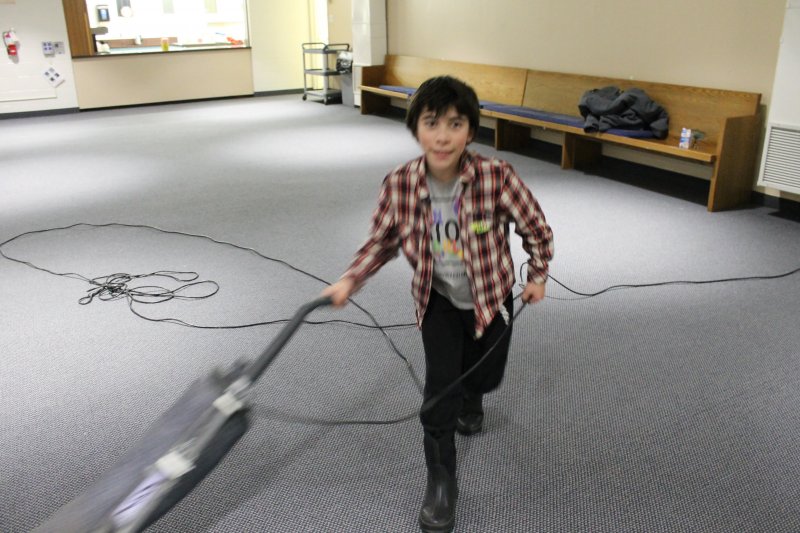 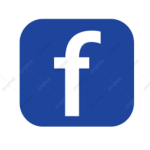